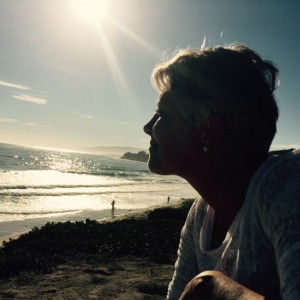 Acupressure and Reflexology are both bodywork techniques which involve applying pressure to specific points on the body for the purpose of addressing health complaints.

Yet these techniques are radically different.

Acupressure involves the whole body and has thousands of years of tradition in Asia behind it, while reflexology involves primarily the feet, and was developed in the 20th century.

Acupressure relies on the principles of Traditional Chinese Medicine (TCM).

While practitioners in the West may offer acupressure independently as a form of therapeutic bodywork, traditionally in Asia it is offered as part of an array of options, combined with  prescriptions for herbs and consultations about diet and lifestyle. Practitioners of acupressure believe that by targeting specific points on the body, they are encouraging the flow of chi, or life force.

Since health conditions are supposed to be caused by an imbalance of chi, acupressure is used to correct that imbalance to make the patient feel better.

Reflexology, developed in 1913 by Doctors William Fitzgerald and Edwin Bowers. Treatment involves manipulation of the feet, and to a lesser degree, the hands and ears. Specific zones on the feet are said to correspond with various organs, glands, and body parts.

When a practitioner uses reflexology he or she hits the specific area of the foot which corresponds with the patient’s problem.

From the point of view of the client these techniques seem very similar. Both are minimally invasive, making them suitable for people at all levels of health, although pregnant women should be careful about techniques which involve pressure on the feet. Typically, clients remain fully clothed, although the shoes are usually removed for comfort, and, in the case of reflexology, so that the feet can be accessed.

However, from the point of view of the practitioner these techniques are quite different.

While both are rooted in Asian tradition, reflexology is a much more recent development, and practitioners of Traditional Chinese Medicine do not offer reflexology treatments. The pressure points used in reflexology differ from those used in acupressure. For clients who are interested in exploring non-invasive forms of bodywork, reflexology can sometimes be a good way to start.

For more information about Acupressure or Reflexology or to schedule a consultation, please call Nina at 612-910-8030, or click the button below and…