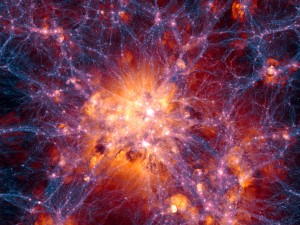 There are seven Universal Laws or Principles by which everything in the Universe is governed. The Universe exists in perfect harmony by virtue of these Laws.

Ancient mystical, esoteric and secret teachings dating back over 5,000 years from Ancient Egypt to Ancient Greece and to the Vedic tradition of Ancient India, all have as their common thread these seven Spiritual Laws of the Universe.

Once you understand, apply and align yourself with these Universal Laws, you will experience transformation in every area of your life beyond that which you have ever dared to imagine.

The Immutable and the Mutable

Of the seven Universal Laws, the first three are immutable, ETERNAL Laws, meaning they are Absolute and can never be changed or transcended. They have always existed and will always exist.

The other four laws are transitory, mutable Laws meaning that they can be transcended or at least “better used” to create your ideal reality. This is not to say that you should ignore these four Laws or attempt to defy them for even if you do they will still govern your existence.

Your aim is to master each of the seven Universal Laws and only then learn to transcend the mutable ones.

Credit to — The Science of Being and The Kybalion

This article draws largely on two sources of incomparable wisdom on the seven Universal Laws. First, on the Baron Eugene Fersen’s 1923 masterpiece, The Science of Being, which is one of most comprehensive books ever written on the innate power of humanity, the subject of metaphysics and self-mastery; and second, on the 1908 seminal work on the Universal Principles, namely The Kybalion, which is a study of The Hermetic Philosophy of Ancient Egypt and Greece, itself based on the mystical teachings of Hermes Trismegistus and written by the so-called Three Initiates.

“The Principles of the Truth are Seven; he who knows these, understandingly, possesses the Magic Key before whose touch all the Doors of the Temple fly open” – The Kybalion

There are seven major Universal Laws by which the entire Universe is governed – three are immutable, eternal Laws and four are transitory, mutable Laws. As stated in the Kybalion “the Universe exists by virtue of these Laws, which form its framework and which hold it together.” Knowing these Universal Laws and the basic Law of Attraction, and learning how to transcend the mutable Laws, is fundamental to changing the circumstances of your life so that you can consciously create your intended reality and achieve true mastery.

1. The Law of Mentalism (Immutable)

The first of the seven Universal Laws tells us that “The All is Mind – The Universe is Mental”. That everything we see and experience in our physical world has its origin in the invisible, mental realm. It tells us that there is a single Universal Consciousness – the Universal Mind – from which all things manifest.

All energy and matter at all levels is created by and is subordinate to the Omnipresent Universal Mind. Your mind is part of the Universal Mind – the same in kind with the only difference being one of degree. Your reality is a manifestation of your mind.

This is true Mind Power.

2. The Law of Correspondence (Immutable)

The second of the seven Universal Laws tells us “As above, so below; as below, so above”.

This means that there is “harmony, agreement and correspondence” between the physical, mental and spiritual realms. There is no separation since everything in the Universe, including you, originates from the One Source. The same pattern is expressed on all planes of existence from the smallest electron to the largest star and vice versa.

The Ancient Greek Temple of Apollo at Delphi was referring to this great Law of Correspondence in the inscription “Know thyself and thou shalt know all the mysteries of the gods and the Universe”.

3. The Law of Vibration (Immutable)

The third and last of the immutable Universal Laws, tells us that “the whole universe is but a vibration”. Science has confirmed that everything in the Universe, including you, is pure energy vibrating at different frequencies.

The axiom that “like energy attracts like energy”, upon which the Law of Attraction is based, has it’s foundation in this Law.

Everything that we experience with our five physical senses is conveyed through vibrations. The same applies to the mental realm. Your thoughts are vibrations. All your emotions are vibrations where “unconditional love” (in the sense of love for another) is the highest and most subtle of the emotional vibrations and “hate” is the densest and most base.

You can learn to control your mental vibrations at will.

This is true thought power.

4. The Law of Polarity (Mutable)

The fourth of the seven Universal Laws tells us that “Everything is dual, everything has poles; everything has its pair of opposites; opposites are identical in nature, but different in degree”.

It is also the first of the mutable or transcendable Universal Laws.

It means that there are two sides to everything. Things that appear as opposites are in fact only two extremes of the same thing. For instance, heat and cold may appear to be opposites at first glance, but in truth they are simply varying degrees of the same thing. The same applies to love and hate, peace and war, positive and negative, good and evil, yes and no, light and darkness, energy and matter. You can transform your thoughts from hate to love, from fear to courage by consciously raising your vibrations.

This is what in the ancient Hermetic Teachings is called the Art of Polarization.

Rising Above the Law of Polarity: This Principle of Duality may appear to be very real in your life but it operates only in the physical and mental realms, not in the spiritual realm where All is One. As it says in the Bhagavad-Gita, “God is Above the Opposites”. By always placing the all-powerful, all-knowing Great Spirit of which you are a part behind your every thought, statement and action, and by always focusing on the “good”, even when things appear to be going “bad”, then in time you will rise above the Law of Polarity.

5. The Law of Rhythm (Mutable)

It is the second of the mutable or transcendable Universal Laws and means that the pendulum swings in everything.

This principle can be seen in operation in the waves of the ocean, in the rise and fall of the greatest empires, in business cycles, in the swaying of your thoughts from being positive to negative and in your personal successes and failures. In accordance with this Law, when anything reaches a point of culmination then the backward swing begins almost unnoticeably until such time that any forward movement has been totally reversed, then the forward movement begins again and the process is repeated.

Rising Above the Law of Rhythm: To transcend the swing of the pendulum, you must become aware of the subtle start of the backward movement in any of your endeavours whether it be to improve your health, your finances, your relationships or any goal you may set in motion. When you feel the Law start to draw you back do not become fearful or discouraged. Instead, knowing that you are one with the Omnipotent Universal Mind for which nothing is impossible, keep your thoughts focused on your outcome and fight to remain positive no matter how far back this transitory Law pulls you. Even if your efforts meet with failure, find comfort that by virtue of this very same Law, the upward motion must start again. In time, your perseverance will be rewarded as the backward movements become less negative relative to your previous backward swings and you raise yourself higher.

6. The Law of Cause and Effect (Mutable)

The sixth of the seven Universal Laws tells us that “Every cause has its effect; every effect has its cause.”

In accordance with this Law, every effect you see in your outside or physical world has a very specific cause which has its origin in your inner or mental world. This is the essence of thought power. Every one of your thoughts, words or actions sets a specific effect in motion which will come to materialize over time.

To become the master of your destiny you must master your mind, for everything in your reality is a mental creation. Know that there is nothing like chance or luck. They are simply terms used by humanity in ignorance of this Law.

Your Intentions are Instantly Created: The Law of Cause and Effect applies on all three planes of existence – the spiritual, the mental and the physical. The difference is that on the spiritual plane cause and effect are instantaneous such that they appear inseparable, whereas on the other planes our concept of time and space creates a time lag between the cause and the eventual effect. Know that when you focus on your chosen goals with intention using creative visualization, that which you want to create in the physical world is automatically manifested in the spiritual world, and with perseverance, practice and continued concentrated thought, it will also come to materialize in the physical world.

7. The Law of Gender

The last of the seven Universal Laws tells us that “Gender is in everything; everything has its masculine and feminine principles”. This mutable Universal Law is evident throughout creation in the so-called opposite sexes found not only in human beings but also in plants, minerals, electrons and magnetic poles to name but a few.

Everything and everyone contains both masculine and feminine elements.

Among the outward expressions of feminine qualities are love, patience, intuition and gentleness and of masculine qualities are energy, self reliance, logic and intellect. Know that within every woman lie all the latent qualities of a man, and within every man those of a woman. When you know this you will know what it means to be complete.