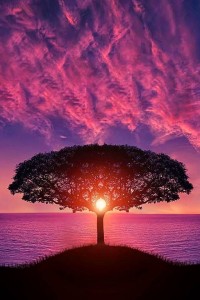 Our subconscious mind can prevent us from having positive, fulfilling relationships with others. If we hold negative beliefs about ourselves and the world, it is very difficult to connect in authentic ways with people close to us.

My work is dedicated to helping people overcome their own subconscious programming and internalize new affirming beliefs, with the purpose of creating authentic, healthy relationships. Toward this end, I specialize in a specific modality designed to swiftly reprogram the subconscious mind.

This technique is called PSYCH-K®.

For those clients who are interested, PSYCH-K® will be incorporated into the coaching relationship to remove the barriers to the fulfilling relationships you desire.

What Does Psych-K® Do?

PSYCH-K® creates a receptive state of mind that dramatically reduces resistance to subconscious change. It does this by integrating both hemispheres of the cerebral cortex.

This “whole-brain” state is ideal for reprogramming the subconscious mind with new self-enhancing beliefs that support your goals.

Muscle testing is usually done with the client’s arm extended and held horizontally from the body.

The client will say a desired belief statement and the facilitator will press down on their wrist while the client thinks about the statement. The client will attempt to hold their arm steady, i.e., resist the pressure. A strong response suggests the person’s subconscious mind is in agreement with the stated belief, and a weak response indicates it is in disagreement.

If the muscle test is weak in response to the belief statement, then we use a PSYCH-K® technique to “download” it into the subconscious mind.

This process is referred to as “balancing,” and there are several different balances you can use.

For example, the whole-brained posture involves sitting with ankles and wrists crossed in a particular way, while imagining the belief statement until resistance shifts.

This technique can also include visual, auditory or kinesthetic exercises to support this shift.

Another example is the Energy Focusing balance, in which the facilitator focuses energy on certain body points while the client says the new belief statement. Muscle testing guides which points and balances will be used.

If you are ready to unleash your potential, growing, releasing blocks and aligning congruently with your values, wants, desires, dreams and gifts, then you have come to the right place!